Let’s back this up a little bit. 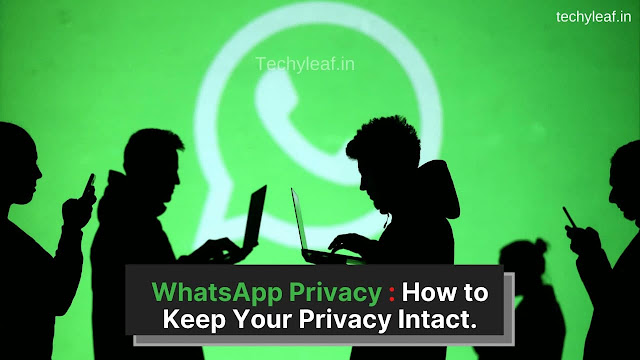 When WhatsApp first started as the brainchild of Brian Acton and Jan Koum, the world had already recognized the power that this IM (Instant messaging) had. They were bringing the chance to connect with people from all over the world without spending too much out of pocket to get that done.

Being in the social media business itself, Facebook saw this as a competition and offered to buy-out the company.

Brian and his partner agreed, and he even stayed on with the Facebook team. However, Brian would leave in the years to come after hitting out at Facebook multiple times. When asked what caused the differences, Brian centered on privacy.

Facebook has been in several privacy rows over the years. There are other social media companies out there but this giant is the one that seems to get the most attention when it comes to the protection of user privacy and data – or lack thereof.

So significant is the reach of Facebook that there had to be a panel hearing setup after the Cambridge Analytica scandal. It could even be said that this singular event did much to arouse user awareness around the privacy issues.

At the start of the year, Facebook-owned WhatsApp made a move to let users know that they would soon have to share their data with the parent company.

Of course, accepting this option was by choice at the time when the privacy policy first went out. Knowing these big tech companies, though, it is only a matter of time before users would have to consent to the new privacy policies or risk being kicked off the service.

The damning part is that users do not necessarily need to have a Facebook account before their data is shared back with Facebook. What kind of data will be in play here is yet unknown, and that is the unsettling part of the entire business.

Knowing Facebook for how data-hungry they can get; it is not out of place to assume the worst here.

The WhatsApp Alternatives to Check Out In 2021

The good news is that WhatsApp does not have a monopoly hold on the market.

Of course, the service has by far the largest number of users. Even though WhatsApp has shed millions of users in the past few weeks alone, it still retains the top spot on the IM apps market share.

If Facebook doesn’t do anything to reverse the new policy it plans on rolling out, though, those millions could keep getting bigger.

Before we get to that point, it would be nice to have some other options in play.

Like many users, we have come to appreciate the security and privacy features that Telegram carry for a long time now. The fact that the UK-based service is named after one of the most secure ways of sending messages in time past should be a testament to its usefulness.

On the one part, you get everything that you get with WhatsApp here.

That includes all end-to-end encrypted chats, video, and voice calls. Any media you share can only be seen by you and the other party involved in the communication also.

It is worthy of note that Telegram has been running the disappearing messages feature for several months before WhatsApp introduced the same feature. Telegram even has a private chat feature that allows users to chat normally and also has a private chat dashboard. This is important when you want to hide sensitive conversations from prying eyes with access to your device.

On top of that, Telegram supports up to 200,000 group members at once – where WhatsApp has its limit pegged at 256.

The first time that most people heard about Signal was when Elon Musk tweeted his users to start using the safe IM service provider. Signal has been here for a long time now – so long that even Edward Snowden has gotten around to using and endorsing the app.

Besides the basic chat functionality, Signal also supports the end-to-end encryption service. With the parent company behind this solution has grown to become a tech powerhouse today, Signal is surely one of those apps with the best hands behind its development. 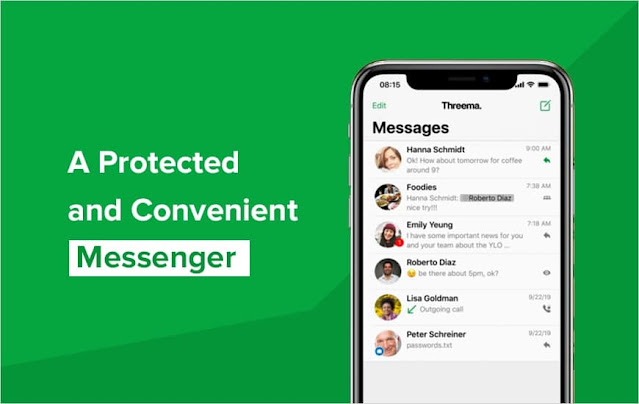 No pun intended, but this one has earned the third spot on our list for a unique perspective on things.

Users don’t need to register with an email address or phone number before they get on Threema. Besides that, you get all the other basic features that WhatsApp and other popular IM services provide.

The best part of the Threema experience is that it has remained open-source since the days of its first development. That brings many hands on board to ensure that the privacy and security of this app are ensured. That, and you get access to faster updates and tighter privacy measures. 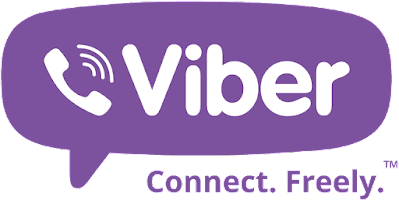 If you were looking for a secure instant messaging app to continue your groups on, Viber might not be the one for you. After all, it allows an even lesser number of participants than WhatsApp.

However, it excels especially in how it allows users to connect with international friends, family, and other loved ones at a nominal fee. Instead of paying the usual roaming or international calling fees, you only pay a fraction of that.

The best part of this deal is that the other user does not even need to have a Viber account. This makes the app very easy and seamless to use.

For those who are not in the iOS/ macOS ecosystem yet, you might not be able to access this one.

Apple bundles the iMessage with its devices and it has proven to be one of the most reliable chat applications over time.

To start with, Apple has a thing against invading user privacy and harvesting personal data. That already secures them a spot on this list. Furthermore, the iMessage is one of the best encrypted, consumer-available chat apps in the world.

Those in the Apple ecosystem will enjoy features such as handoff which allows them to start messaging on one device and continue on another device. Also allowing the integration of SMS with the iMessage, communicating with those on your contact list is almost seamless.

Another drawback, however, is that iMessages can only be sent to other Apple device users also.

Your online privacy does not rest with chat and messaging applications only. Unless that is the only thing that you use your internet for – which we very much doubt.

We might have learned of Facebook's plans via the WhatsApp privacy policy but what about other players in the internet niche who aren’t as transparent? Don’t wait to be caught out on the wrong business end of things before making the right adjustments.

The following tips will keep your online privacy intact better than before.

Did you know that something as simple as your choice of browsers could sell you out?

Do not just choose a browser because it looks good. Go for browsers that are traditionally developed against browser fingerprinting, malvertising, adware, phishing attempts, and other ills of the internet. On that list, we have picked such as:

The price you pay for a quality premium VPN is far insignificant to what you’ll pay if you were not staying private online with a VPN.

These pieces of software do not just change your location/ IP address at will. They also encrypt your internet data (via a technique known as tunneling) so that anyone on the outside of the network finds it almost impossible to follow your internet data.

When checking sensitive files on the internet, accessing secure websites or you just want to cover your tracks, use your private browsing tabs. This is known as Incognito Browsing mode on some browsers.

The advantage of this mode is that your browser never caches the pages nor saves cookies/ history from your session. However, you should know that your ISP/ employer might still be able to track your internet activity. Thus, always layer your internet connection over a VPN even when using private browsing.

Fortunately, we are at the time and age where you can set your app permissions before installing them.

Look through all of your apps to confirm that they only have access to what they need. For example, we don’t see why a puzzle game would need access to your messaging apps – or why a gallery app would want ongoing access to your clipboard.

There are some trade-offs that you have to make sometimes, we know, but not all apps need all permissions. Determine which is which and cut off the excesses.

We are not always conscious of the sensitivity of user data we generate and keep on our units till they get into the wrong hands. The value of this data is high – which explains why hackers and scammers are always after it.

The onus lies on you to always stay protected against the harrowing privacy ills and concerns. With the tips above, you should have a better standing on keeping yourself safer when using the internet.